Yes, Krazy glue is waterproof but that’s only after it has cured. The glue contains cyanoacrylate, the same bonding agent used in super glue. Cyanoacrylate is not only water-resistant and sustainable but also cures rapidly. So, it’s often recommended for projects involving water.

One of the good things about Krazy glue is that it works with virtually any material.

In this article, we will look at the water-resistant property of Krazy glue. We will also be addressing other related questions. 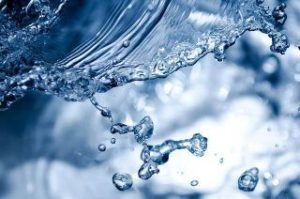 What is Krazy Glue?

Krazy Glue is a type of cyanoacrylate glue known by the chemical name ethyl cyanoacrylate. It is produced by Elmer, a popular glue brand in the US, and was first introduced in the market just over 50 years ago.

Going by the physical properties, Krazy glue is colorless, non-toxic, and acts very fast as an adhesive. This makes it safe and easy to work with. Once applied to a surface, it starts to set immediately, and within a few minutes, the bond is set and strong.

The glue works for different surfaces. These include but not limited to rubber, ceramic, metal, wood and plastic. As with most glue types, you only need a bit of it to get the job done. To be more specific, a single drop of Krazy glue can support over a thousand pounds.

Regardless of the applicator, all Krazy glue products are targeted towards homeowners or DIYers, and are mainly for repair tasks, such as gluing back a vase together. They are not meant for construction projects or the likes.

Krazy glue contains cyanoacrylate, and that is what is responsible for its waterproofing property. However, the glue needs to react and cure fully before it can repel water. So, make sure it fully sets and cures before exposing it to water.

If you expose the glue to water before it has had the time to cure, it will likely come apart, especially if submerged into the water.

So, make sure you let the glue sometime to dry before putting the item into use.

Taking about the bond, cyanoacrylate creates a tough bond formed from the crossing of long polymers between the surfaces being paired. Though the bond created is permanent, it can still be reversed by applying high temperature heat, above 350F.

You can also remove the glue with acetone or another debonding solvent like nitromethane.

As earlier indicated, Krazy glue contains an acrylic resin called cyanoacrylate. It is this resin that creates the strong bond the glue is known for. And it does this almost instantaneously.

This happens as the resin comes in contact with water. The reaction is between the molecules of the resin and the hydroxyl ions in water.

Thus, a little moisture is required before the bonding properties of Krazy glue can be activated. In most cases, this moisture will come naturally from the water vapor in the air or on the item you are trying to bind. This is why it’s vital you choose a cool, dry place to store the cool.

Because of its rapid setting, make sure to replace the glue cap ASAP in order to prolong its use. Or you can opt for single-use packages of the glue.

Failure to seal the product tightly after use will lead to the setting and bonding of the entire glue in the container. When this happens, the glue will become “so hard” such that you may no longer be able to use it.

However, Krazy glue is somewhat brittle and shouldn’t be used as a permanent solution for water-related repairs, especially those that go underwater.

But for items kept in ambient condition or exposed to water from time to time, such as a garden hose or any bathroom project, Krazy glue can be an easy fix.

However, don’t expect the bond to last forever; it tends to weaken over time depending on the level of force directed to the area. It is commonly used in aquariums and for making water-related repairs such as in bathrooms.

Is Krazy Glue the Same as Super Glue?

Not exactly. While Krazy glue and Super glue use the same bonding agent (cyanoacrylate), they are not exactly the same product. However, there isn’t much distinction between the two. In fact, Krazy glue is often referred to as “Krazy super glue”.

As earlier indicated, both adhesives are made of cyanoacrylate. So they are both activated by moisture in the air and dry almost instantly. They also have a strong grip and texture.

They both have a strong odor, which can be irritating for some people, but they are generally safe to use. For this reason, you should work in a well-ventilated area when working with either super glue or Krazy glue

Talking about differences, the major ones are drying time, bond strength and cost.

However, Krazy is more water-resistant, which makes it the better choice for water related projects.

In terms of cost, Krazy glue is usually the less expensive option but this depends on the type and size.

How Long Does Krazy Glue Take to Dry?

Krazy glue dries very quickly, usually around 20-30 seconds or under a minute. However, there are variations of the product, such as skin guard, that several minutes to dry.

With each one, we recommend waiting for 24 hours to cure properly before use, just to be on the safe side.

Like we said before, Krazy glue is activated by the moisture in the air, and it starts to dry almost as soon as it’s been applied.

So, the drying time is less than that of gorilla glue but almost the same as super glue. This makes it suitable for time sensitive projects, especially crafts.

How To Remove Krazy Glue

Knowing how to remove Krazy glue comes in handy, especially if you mistakenly get it on an item or your skin. Although it produces a very strong bond, it can still be removed.

One way to remove it is to apply a special debonding solvent like nitromethane or acetone on the affected part and scrub gently. Acetone is often found in nail polish remover.

So, apply acetone and scrub the glued area until it degrades. It’s much easier to remove the glue when it’s still wet. It you allow it to dry, it can be tricky or harder to remove. You may need to apply more elbow grease.

If you don’t have acetone, you can use warm soapy water. But you need to be careful so as not to rip your skin. Avoid scrubbing hard or pulling it.

Scrub gently until the bond comes off.

What is Krazy glue made of?

The main ingredient in Krazy Glue is ethyl cyanoacrylate, a type of acrylic monomer that takes the form of a plastic when cured. This material is colorless, non-flammable, safe to use, and cures instantly. It also creates a very strong bond that can be removed by soaking in acetone. You can also use warm soapy water but it would take longer.

Ethyl cyanoacrylate makes up 99.95 percent of Krazy glue, while the other 0.05 percent is acrylic.

Yes, Elmer’s Krazy glue is waterproof. In fact, Elmer’s product is the original manufacturer of Krazy glue. In addition to being waterproof, Krazy glue also has a rapid cure time, doesn’t corrode, doesn’t contract or expand during curing, and is completely submersible in water. This makes it suitable for aquarium as well as bathroom and kitchen tasks.

As you can see, Krazy glue is indeed water-resistant and forms a powerful bond that can hold up well when exposed to water.  However, it tends to break down over time, which is a common occurrence with cyanoacrylates. So, if you intend to use it for the long haul, be ready to replace it after sometime to preserve the integrity of the bond.

Let us know if you have anymore questions about the water-resistant properties of Krazy glue. Until then, happy waterproofing!

No comments to show.